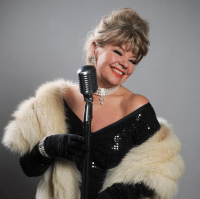 Leading New Zealand musicians, classical pianist Michael Houstoun, jazz trombonist and bandleader Rodger Fox and their special guest, acclaimed blues vocalist Erna Ferry, have confirmed that they will be performing in Christchurch’s The Piano: Centre for Music and the Arts, on Saturday, 23 October.

Rodger Fox said, “While many performers have cancelled tours due to uncertainty caused by COVID-19, we have made a commitment to our South Island tour and will definitely be on stage in Christchurch.”

The Christchurch gig gives the city’s music lovers to experience the very best of jazz from the recent Wellington Jazz Festival.

The concert will feature Warriors, a Bill Cunliffe original. Houstoun will play Warriors and feature on the piano in a rhythm/vocal version of Charles Trenet’s I Wish You Love sung by Erna Ferry. Erna Ferry will also present The Rolling Stones Classic Honky Tonk Women, a version of George Gershwin’s Summertime and the Peggy Lee classic I Love Being here With You.

Please support the artists who are supporting Christchurch by securing your tickets now to hear Michael Houstoun, Erna Ferry, and the Rodger Fox Big Band in concert.